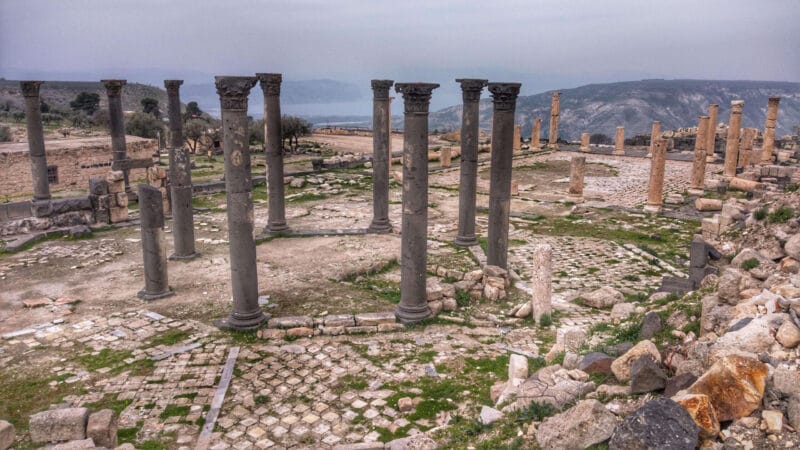 Perched on a hill overlooking the Sea of Galilee, Gadara was a city that thrived in the Classical period. It was a cultural center and the hometown of philosophers, rhetoricians, scientists, and poets. Gadara is also mentioned in the New Testament and it was a member of the Decapolis. Today, Gadara’s rich archaeological remains, second only to Gerasa, are a popular tourist attraction in northern Jordan.

History and Archaeology of Gadara

Gadara was probably founded in the Hellenistic period, although remains from its foundations are scarce. Built and designed as a Greek Polis, in Roman times Gadara became a member of the Decapolis, a league of ten Pagan cities, which is also mentioned in the New Testament.

Gadara, the Decapolis and Jesus

Decapolis is a term used to describe a group of ten cities in the southern Levant that co-existed during the Roman period. These cities were all centers of Greek and Roman culture and supported by the Romans. Some of these cities exist to this day, and some have become archaeological sites. Today, six of these cities are in Jordan (Gerasa, Gadara, Pella, Amman, Capitolias, and Raphana). Two are in Syria (Damascus and Canatha), and two in Israel (Beit-Shean and Hippos-Sussita). The Gospels record Jesus visiting the Decapolis, but none of the Decapolis’ cities area mentioned by name.  Gadara is mentioned in Matthew’s version of the story of the miracle of the swine (8:28), while Mark mentions Gerasa in his version of the same account (5:1). In reality, the city of Hippos-Sussita is the closest to the Sea of Galilee, where the event took place. Being so, the swine herders were probably from Hippos-Sussita, or another city (perhaps Kursi?) whose name was later forgotten.

The city thrived up to the Muslim conquest of the region. In 749 CE a devastating earthquake caused much damage in the city, and eventually it was abandoned. Bedouins settled over its ruins in the Ottoman period, but they were relocated in the 1960s when the site was declared an archaeological site. Known today as Umm Qais, Gadara was excavated by several archaeological expeditions, who uncovered a wealth of finds, mostly from the Roman and Byzantine periods. The discoveries include two theatres, a temple, a basilica, a public fountain (nymphaeum), a mausoleum, a hippodrome, a bath house, and a colonnaded main street (Decumanos Maximos). 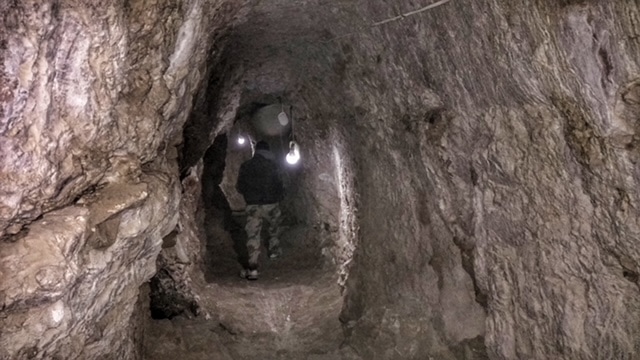 In 2015 archaeologists uncovered in Gadara the longest known subterranean aqueduct from Roman times. Stretched over more then 100 miles, this aqueduct provided water to Gadara from springs in today’s Syria.

Gadara was also famous for its thermal baths in the valley below. Built next to hot springs along the Yarmuk river, Hamat Gader is today across the Israeli border. Its impressive remains were excavated in the 1990s and partially restored.

Gadara is a Jordanian national park and has an admission fee. Some of the artifacts uncovered in Gadara are on display at the former residence of the Gadara’s governor (Bair Rousan). Besides its rich finds, the site’s northern edge provides stunning panoramas of the Golan Heights,  the Sea of Galilee, the Jordan Valley and the eastern Galilee.

A tour of Gadara can be combined with a multi-day tour of Jordan.